It’s Time to Tear Up the Script 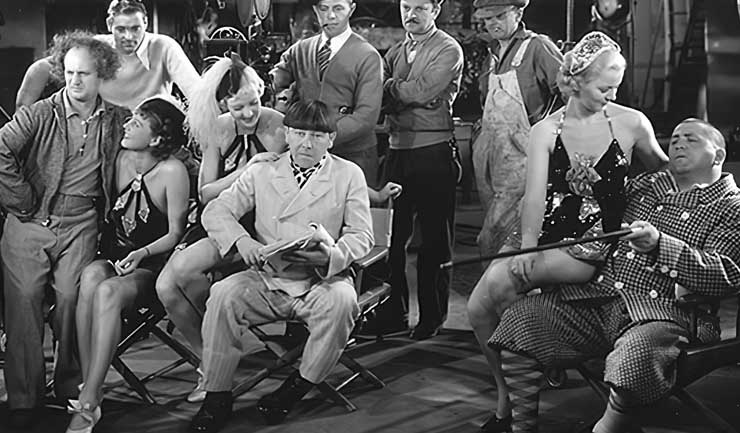 “Packers are way better than Vikings!” I said to the other boys in the huddle. It was a cold November morning, and we were waiting for the bell to ring to go inside. I was a junior higher who spent most of his time playing outside, reading comics, or watching reruns of The Honeymooners.

I couldn’t name a single player on the Packers, much less stay awake through one of their games.

But, living in Wisconsin, I’d heard how the Packers were a superior team to the Vikings, Bears, and anyone else in the NFL. My friends said it, my cousins said it, and the guy on TV said it, so it MUST be true. No need to actually watch a game, right? Just follow the script.

The last time I blogged (unfortunately, a whole year ago) I talked about how the news media is not our friend.

Since that article, events have happened that have given the news media enough fuel to go from highly influential to controlling and crippling. Not only are they not your friend, they’re far worse than I originally thought.

Never in my life have I seen the news completely dominate the lives of so many people. Everywhere, there is a paragraph that gets published, repeated, televised, shared, and broadcast every single day. In the state where I live, it looks like this:

Every day, like the beat of a slave ship drum, the “death toll” numbers drive the life and joy out people while they put their dreams and hopes on hold, unable to see a future where they’re living for something greater than surviving the next few months.

My point is this: there are those who want desperately to write the script of your life. They want to dictate your thoughts, your beliefs, your dreams, and your activities. They want your money, your allegiance, and your soul. That’s not an exaggeration. They are the barking “reporters” who tell you who’s good and who’s evil. They are the ones who declare right and wrong. No discussion, no debate.

What they present is fiction dressed as information. Or information spun so badly, it vaguely resembles the truth.

All my life, I’ve wanted to write a non-fiction book (and still might). Why did I choose to write fantasy novels instead? Because a story stirs emotion and moves the heart. People are inspired more through story than through cold facts.

It’s why our news headlines use massive amount of hyperbole. They want to hook your heart and bypass your critical thinking. Then they want you to share it!

I think it’s time to tear up the script and write our own with the guidance of God’s Spirit. It’s time to return to a sound mind. It’s time to turn off the noise so that we can hear the Lord’s still, small voice. Time to fill our hearts and minds with love, joy, and purpose.

I want to wrap this up with a quote from a book written over 80 years ago. Pay close attention to what it’s saying. Especially the last paragraph. (Italics and bold added by me.)

“A reputable physician estimated that 75% of all people who visit physicians for professional service are suffering with hypochondria (imaginary illness). It has been shown most convincingly that the fear of disease, even where there is not the slightest cause for fear, often produces the physical symptoms of the disease feared.

Powerful and mighty is the human mind! It builds or it destroys.

Playing upon this common weakness of fear of ill health, dispensers of patent medicines have reaped fortunes. This form of imposition upon credulous humanity became so prevalent some twenty years ago that Colliers’ Weekly Magazine conducted a bitter campaign against some of the worst offenders in the patent medicine business.

During the “flu” epidemic which broke out during the world war, the mayor of New York City took drastic steps to check the damage which people were doing themselves through their inherent fear of ill health. He called in the newspaper men and said to them, “Gentlemen, I feel it necessary to ask you not to publish any scare headlines concerning the ‘flu’ epidemic. Unless you cooperate with me, we will have a situation which we cannot control.” The newspapers quit publishing stories about the “flu,” and within one month the epidemic had been successfully checked.”

Merry Christmas from the Bezottes!

When my boys were born, I had no idea that they wo