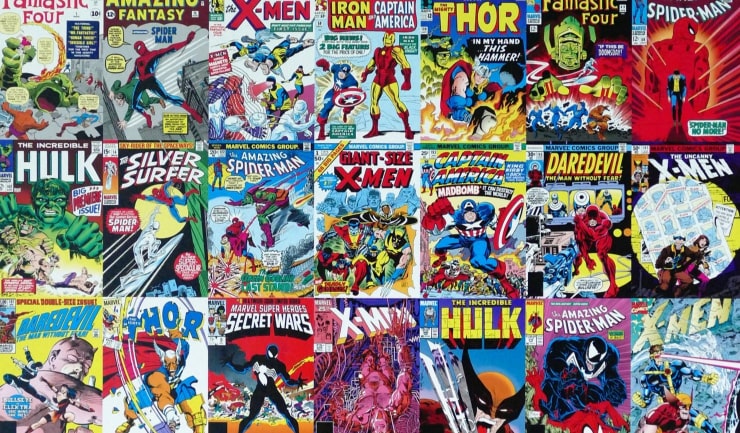 It’s strange feeling a sense of loss over someone you’ve never met personally but I can’t think of a time in my life that I didn’t know about him. As an avid Marvel Comics reader throughout my childhood, teen, and young adult years, I remember seeing his name on the first page of every issue, “Stan Lee Presents”.

Over the years, I read interviews with Stan, checked out articles, and enjoyed “Stan’s Soapbox” printed toward the back half of earlier comics. I’d known about him for so long that, when he appeared in cameos in the Marvel films, it felt like I was seeing someone I knew up on the screen.

To honor his memory, I thought I would share a few things I’d learned from the work of the man who created icons like Spider-Man and The Fantastic Four. It’s a small list but it’s filled with things that have had a big impact on me and others.

There’s no such thing as too crazy of an idea. When you consider the massive, ridiculous ideas printed in Marvel Comics, you have to admit that they’re insane. People that can burst into flames without burning up, realms of incredible unreality, and worlds in peril day after day. I wonder if anyone ever thought that an idea was too far-fetched! He taught that no idea was too crazy and that the only limitation to telling a story was our imagination.

Good wins. Sure it might take a few months. The hero might face some setbacks. But in the end, good triumphs over evil. I always knew that The Hulk would overcome The Leader. Spider-Man would defeat Doctor Octopus, and The X-Men would beat Magneto. The old saying, “right is might” is true in comic books and I believe it’s right in real life.

Heroes are born from tragedy. Stan wrote about characters who became heroes when they went through tragedy. Peter Parker lost his Uncle Ben and vowed to fight crime instead of waste his talents entertaining people. Steve Rogers was puny and bullied and enlisted to serve his country. And Tony Stark became Iron Man when he became a prisoner to terrorists. Tragedy can shape us all into heroes if we’ll let it and Stan Lee captured that beautifully.

There is greatness in the unlikeliest of people. One of my favorite things about Stan’s characters is that they’re far from perfect. Bruce Banner is a spineless nerd. Donald Blake is borderline crippled, and most of the X-Men are social rejects. You don’t have to be pretty and perfect to be great. You just have to be willing to step up.

You’re never too old to imagine and have fun. Lastly, Stan Lee demonstrated that growing old doesn’t have to mean growing up to be a curmudgeon. At any age, you can still make up amazing stories, create unbelievable characters, smile, and have fun. Even in his 90’s, he was still dreaming, still laughing, and still having a blast. I hope that I’m still carrying on the way he was when I’m late into my life.

Thank you, Stan, for the gifts of creativity, imagination, and wonder that you brought into the world. You will be missed!

When my boys were born, I had no idea that they wo

The hard stuff is more about finishing than starti

Object in mirror is smokin' hot.

Spending some time with this beauty by @i.am.jesse

Working on something fun.

Book four of the Aun Series, Hunter From the Rift,